Computer models are rarely perfect, and are often very wrong. The computer predictions that estimated the height of the tsunami waves reaching the Acehnese coast underestimated their size, and hence the tsunami's destructiveness. As such, a team of Japanese, Indonesian, European, and American (USGS) earth scientists came to Aceh during the early weeks of absolute mayhem following the December 26, 2004 Boxing Day tsunami. From January 20 to 29, 2005, the scientists collected wave height, erosion, sediment deposition, flow direction, and other information to calibrate their models....and to better predict the impact of the inevitable next tsunami.

So, while the kite photo of the the tugboat and the coal barge evokes the power of the tsunami wave, the purpose of the photograph was to show the height of the wave. The coast of Lho Nga was one of the first locations that the scientists visited. Here, from the height of the stripped vegetation, they measured the tsunami wave at 31 m above sea level.
Of course in 2004 and 2005, small drones were not available for photography. And according to kite historians, Sumatra is where the kite was invented as natives mimicked the shape and ribs of falling leaves to build the first kites.....and it is still a popular hobby everywhere in Indonesia.
The coal barge was carried from about 2 km offshore, only to be deposited on the only coastal road of Aceh. The coal had been destined for the Lafarge cement factory in Lho Nga. When I returned on a later trip, the then unemployed cement factory workers had built a little cafe under the shade of the bow of the barge.
Another measure of the height of the tsunami wave was the decapitated monument in the harbour of Banda Aceh, which had originally been erected to celebrate the Aceh War against the Dutch.
One of the very positive outcomes of the Indian Ocean tsunami in Aceh was that the destruction caused by the tsunami convinced GAM (Gerakan Aceh Merdeka), the Free Aceh Movement, to agree to a ceasefire so as aid workers could move into the area. The December 28, 2004 ceasefire eventually metamorphosed into a lasting peace agreement. And certainly during my time in Aceh traveling by boat, helicopter, hitchhiking, and on foot, I never encountered any sort of threat from any of the GAM fighters. Too bad the 6+ year catastrophic drought in Syria did not have the same effect there. 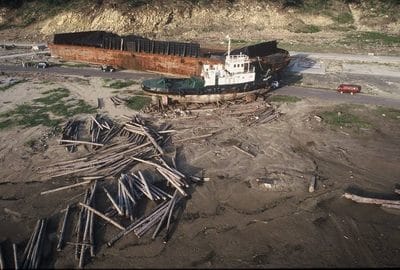 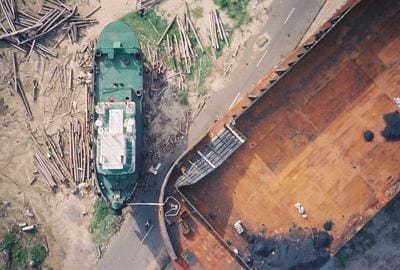 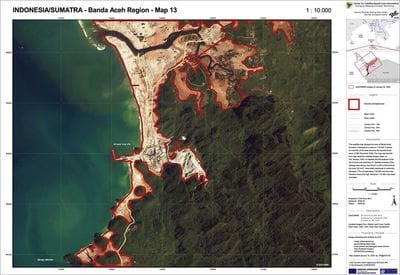 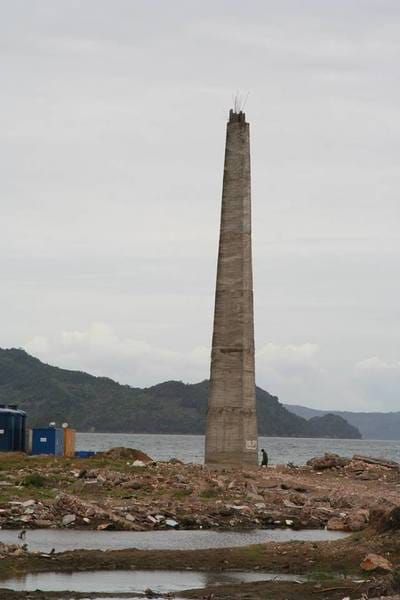 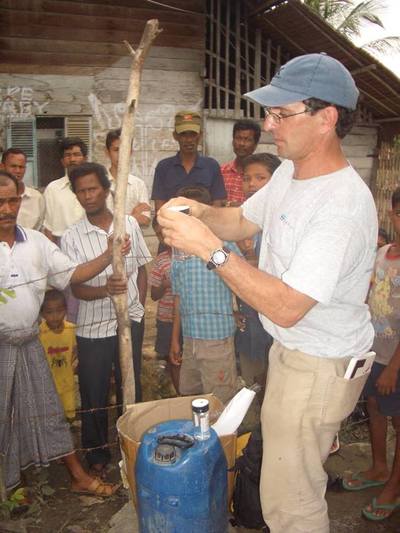 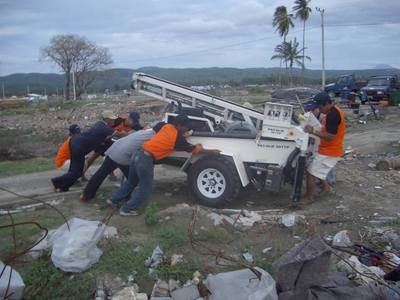 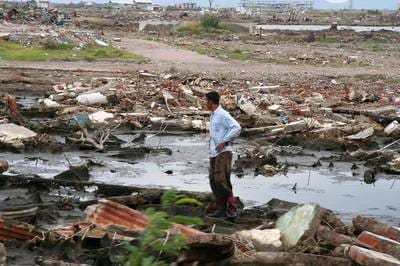 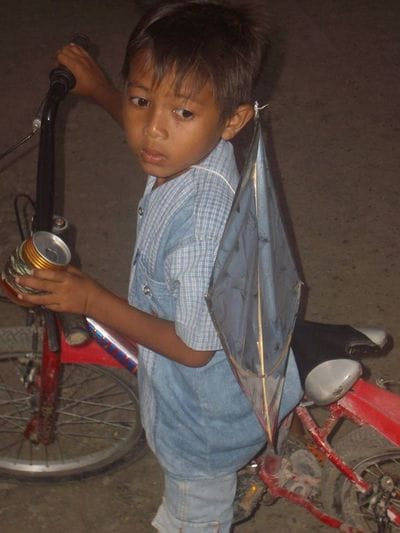